A downloadable game for Windows, macOS, and Linux

Check out the Reboot! https://talberon.itch.io/super-sol-standard

Sol Standard is a PVP-focused turn-based tactics game that pits two players against each other in the pursuit of tactical supremacy! There are 12 distinct unit classes with their own unique abilities available, as well as computer-controlled monsters that add a wrinkle to the scenario. Plenty of items and interactable environments allow for different gameplay experiences on different battle maps, and many maps have randomized elements to keep maps replayable.

Single player maps are also included so that you can play on your own, and practice for playing against your friends!

For discord community, credits, instructions and more, check out the game site at https://solstandard.talberon.com/home .

This game is tagged as Open Source but it doesn't fit the Open Source definition itself trademarked by the OSI (Open Source Initiative) in https://opensource.org/osd as showed in the EULA at the beginning of the gameplay setting that this is propietary software, not Open Source.

Fair enough. I did not intend to be misleading; the source code (that I am the owner of) is available, which is apparently not enough to meet the definition. I have removed the tag. Thank you for your comment.

Sorry if my comment seemed quite offensive. Sometimes, I just want to be direct to save time but could finish in a misunderstanding.

Hello. Can you provide some more information? Which version of the game are you running, and are you using the Windows, Mac or Linux version?

You will need Windows 10 in order to run the Windows version. It looks like you have had similar issues with other games which may be due to missing driver/library support. I can’t guarantee the game will work on Windows 8 or older.

On the fence about making a video or 2 for this game, since there are none, and this looks fairly interesting. I just need to confirm: it doesn't seem the game lets you do hotseat with just 1 controller. Is that right?

Oh, and 1 criticism/question. Why no drafting for the Unit Playground?

There is no hotseat for a single controller, that’s correct. You can play both sides with the keyboard, though.

Unit Playground’s purpose is to immediately get into a map with all of the characters to test their movesets. It was originally a debug map for testing various interactions between units and I left it in for people to experiment with. Adding a drafting step for that map would slow down my ability to test units out when iterating quickly during development, so I left it out for this one.

Thanks for playing the game!

Ah, good to know. Well I'll be getting familiar with the game for the time being, and I'll be sure to get any interesting matches I get on video if I can. Thanks for responding.

Hey, it's been a while. I have some time to try recording matches for your game now, but while practicing matches and attempting to record, I came across a couple of bugs related to units dying when a new round begins. I've only been battling in the Desert Coliseum, so I don't know if these bugs occur in other maps.

If a player has their last unit killed at the beginning of a new round (via Pentagram or Giant Bomb in my scenarios), the game doesn't seem to be able to register that the game is over. This bug's a minor one since the turn player can just surrender after the effects are resolved and then the game gives out the end screen with the proper result...

...However, it looks like if a Creep is killed at the beginning of a new round, the game seems to crash. I'm not sure if it has to be the last Creep in play to cause this, but I know that this has happened to me twice.

This is a short clip of my 2nd crash for reference.

Thank you very much for reporting this bug. I am able to reproduce the issue whenever a creep dies from a trap between rounds. I’ll take a look tonight to try to find a fix and I’ll let you know once I have a solution. Thanks again!

Hey again. I was able to find a quick solution and I’ve pushed an update to all platforms with a fix for the crash. The other scenario would be slightly trickier, but you should be able to just end your turn normally as the remaining team and the game will check for a winner before the next player starts their turn. Thanks again.

Hey there. Got 2 more bugs to report.

The 1st bug shown off concerns the Pugilist; when she uses Flow Strike while having the +1 BLK buff from the Paladin's Intervention, that buff isn't applied.

I don't know if I can recreate the 2nd bug, since that was my 1st time encountering it, and it's unnatural for Creeps to bug out when they can't fulfill their routines. That Orc originally had a Treasure Hunter routine, and he wasn't able to fulfill it, but for whatever reason he switched to Wander Routine and the game let me control him... or more accurately, let me select a Creep to control. (Creeps don't just change to Wander Routine when they can't fulfill their original routine, right? They just... wander, IIRC?) I was only able to manipulate 1 Creep, then the other Creeps played out their own turns like normal.

Thanks for reporting these bugs! I will take a look tonight to see what I can do about these.

I haven’t looked at the Sol Standard code for a while so my memory might be off, but I believe under the hood it changes to the Wander routine if they can’t fulfill it, but it should then trigger immediately so it effectively just makes them wander. Getting control over the creeps is a weird scenario. It might not be a quick fix since it may be tricky to reproduce. I very much appreciate the video you included and the detailed report!

I’ll let you know when I have fixes for these.

Hello again! I have pushed a new version of the game that should fix both of these issues. Thanks again for the detailed bug reports!

Wow cool game! You're clearly a Fire Emblem fan and there's clearly a lot of passion put into this project! There's a humble bundle with a ton of game icons. Do you think it might be useful at all for your game?

Also you should post about your game on Serenesforest, it's a Fire Emblem fanpage. I'm not sure what forum thread specifically but they might appreciate a game like yours.

Hi, thanks for taking time to check out the game! I’ve seen that bundle before and skimmed through it looking to see if it might be a good fit, but the art styles are a bit too hi-res for my kind of projects. I am focusing more on doing my own art going forward as opposed to using other folks’ assets for future work, anyways.

Fire Emblem is definitely one of many sources of inspiration for this game! The original idea was to make a Fire Emblem-style game I could play with my friends, though it has morphed into more of its own thing since then with a lot of other influences (DOS2, 40k, etc). I don’t know where a good place to post about it on this FE site would be and I’m pretty bad at shilling my own stuff and it’s not exactly a fangame, so I’ll take a look around and see if there’s a place that makes sense.

Cool! Also what's the inspiration behind the name of the game?

That one’s pretty simple; I wanted something with alliteration and something vaguely war-related but not immediately obvious (a battle standard flag) and I played with a bunch of names until I settled on this one. No big inspiration for that I’m afraid, haha.

i do the download of the game, i use ubuntu 19.10 and a like to know how to run that game. i download a .zip file, i extracted the game. but don't show any icon when i can open the game. what can i do? sorry for my english, i hope you understand me.

On Linux it should just be the SolStandard file without an extension. You should be able to open it by double-clicking it, or use a terminal to run the file.

it doesn't happen to me, how can i use the terminal for that?

It works for me on a fresh install of Ubuntu just by double-clicking the SolStandard file. If you need one-on-one assistance, you can join the Discord and I can help you there.

maybe i need your assistance, what is your discord?

I saw this tagged as open source, where can I find the source code?

Hi. You can find the project on my GitHub here: https://github.com/Talberon/solstandard

When I connect my controller it does not respond. I went into setting and tried to reconfigure it but it would not let me. (P.S. This game is AWESOME.)

Which platform are you playing on and which kind of controller are you trying to connect with? I know of an issue with Xbox One controllers on Mac, but any detail you can provide will help me figure it out.

Glad you enjoy the game! :)

I am using an Xbox  One controller on Mac with a driver... But what was unusual was that when I closed the driver the game crashed.

I use a the newest version of an Xbox 360 Controller Driver by FranticRain on github. (Works for Xbox One Controllers.) I run it on macOS Catalina.

Okay; I've released a new version for Mac that should let Xbox One controllers be picked up as gamepads properly now (v1.0.3). Please let me know if that works for you!

There is an issue with the how to play button... It takes me to the credits... Checking the website for instructions.

Thanks for the heads-up! I will push a new build that fixes this in a few minutes.

EDIT: It should be fixed now! 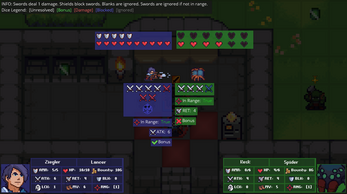 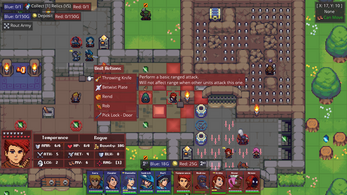 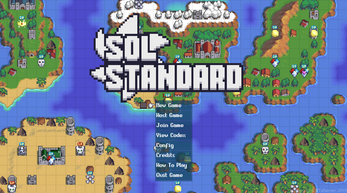 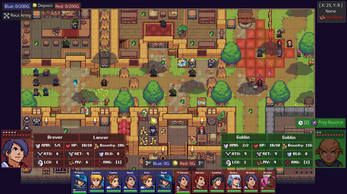 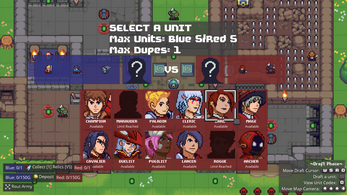